The Henry van de Velde Awards are distributed by Flanders DC for meaningful and good design. The awards are Belgians most prestigious design awards for 25 years and counting. They award up and coming design talents, established designers and successful design companies. This year twelve Gold Awards are distributed. The Henry van de Velde Young Talent Award 19 goes to Brut Collective. Discover in this video and article why the jury chose them.

Six young Belgian designers have formed a collective and in only a year, conquered the hearts of the design world. Brut is a success story involving Belgian design, joining forces and playing with the line between art and design.

"Brut’s greatest strength isn’t just the collective exhibitions, but also the fact that our work is so compatible." 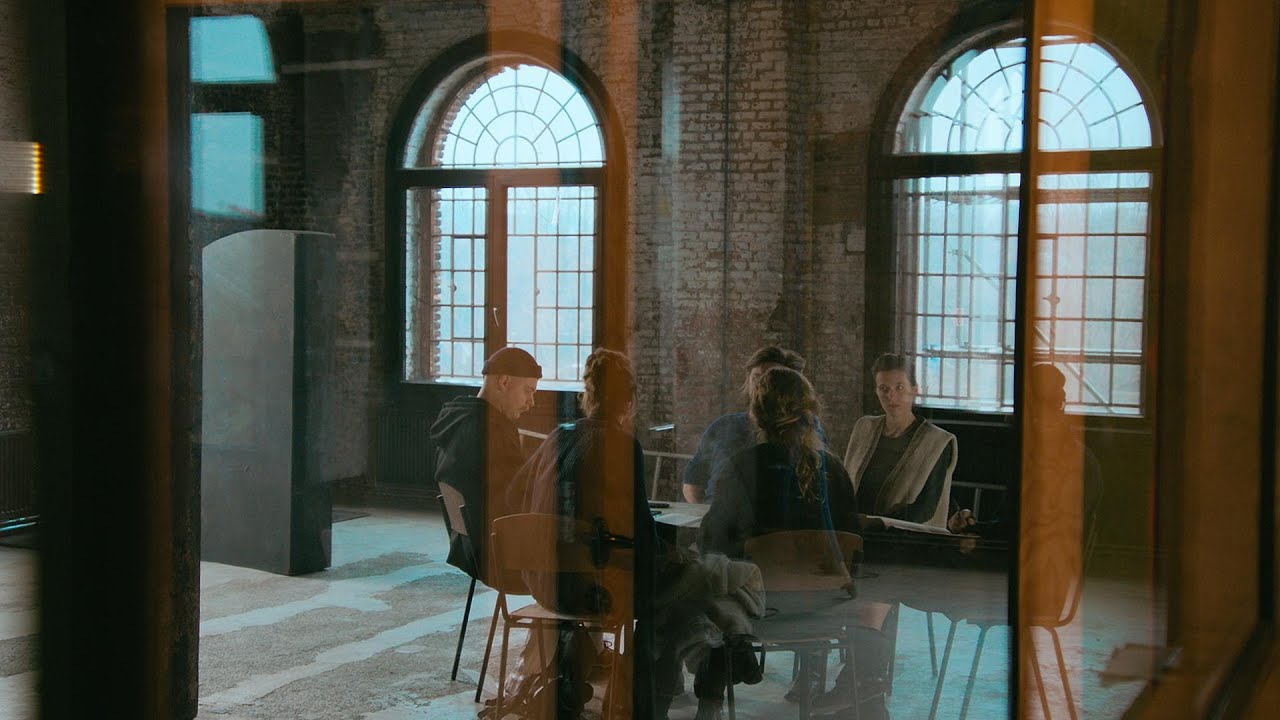 The 2018 Salone del Mobile in Milan features a Belgian act that’s turning heads. The event in question is a bold presentation by six young designers, who together make up the Brut collective. In the middle of a ‘white cube’ somewhere on the edge of the Isola neighbourhood to the north of the city, Bram Vanderbeke, Linde Freya Tangelder, Charlotte Jonckheer, Nel Verbeke, Ben Storms and Cédric Etienne have set up a dark, rather obscure collection of monolithic design objects on a bed of coals. It resembles a dystopian island, an urban landscape in the style of Blade Runner created from rough, unyielding materials. Visitors mill around the display looking confused. The domestic press has been joined by international publications from China, Australia and Canada who have come to assess the new “Belgian Six”. The influential Wallpaper* is also present. This despite the fact that the Milan exhibition is only Brut’s first.

The source of their success is actually those coals. Well, sort of anyway. The name, the graphic design, the sleek photography, the architectural set-up, the unity of style: the image presented by the collective is meticulously curated, consistent and well-defined. Brut combines all of these into a crystal-clear narrative: monolithic, weighty, poetic and Belgian. And again at the Biennale Interieur 2018 (Kortrijk) and during Design September at KANAL - Centre Pompidou (Brussels) at the exhibition Between Art & Design. The Belgian Scene, the collective doesn’t miss a trick. Each time, the island is one of the better exhibits.

It all began in a taxi

"The first concrete discussions happened in Turin”, says Linde Freya Tangelder. "Nel, Charlotte and I had taken part in the Operae event. During a taxi ride we decided to form a collective, as is so common in the Netherlands. We called up the others immediately from that same taxi.”

The design collective is practically a Dutch tradition. Our northern neighbours understand very well that as a collective, you reinforce instead of hampering each other.

Eindhoven, one of Europe’s leading design cities, is overflowing with design collectives. Most are established by young designers during their studies at the Design Academy Eindhoven. They often share their studio and vision. At Eindhoven’s annual paean to design in October, Dutch Design Week, the collectives emerge, joining forces in a shared exhibition or at a site to attract visitors and the press. Sectie C, Plan B, Broeinest, Collaboration O, Core, Dutch Invertuals, we could keep going... Each and every one of these successful projects used the strength of their collective to gain recognition, sometimes far beyond national borders.

"The Dutch are raised in a true maker’s society and taught to create solutions together”, Nel Verbeke states. “In Belgium, we’re much more romantic and individualistic in our approach to design.” As in many other countries, we cling to the idea of a star designer, the solo maker who unleashes a vision upon the world. Like an artist.

It’s no coincidence that the attitude of these specific Belgians is closer to the Dutch approach. Excepting Cédric Etienne and Ben Storms, they all studied at the aforementioned Design Academy Eindhoven, the cradle of the design collective. For example, Verbeke and Vanderbeke joined Dutch Invertuals, a well-known collective that has been presenting strong exhibitions for fifteen years now and whose founder, Wendy Plomp, was declared one of the ambassadors of the jam-packed Dutch Design Week this year. As a newly minted alumnus, Vanderbeke was also part of the Core collective, who created an extremely popular show, Hardcore, located in a parking garage in that city.

Joining forces, that’s what this collective is all about. “It’s practically impossible to organise an exhibition such as the one in Milan by yourself”, states Verbeke. “The administration and communication involved are more than you’d think”, adds Charlotte Jonckheer. “After Milan was over we needed another four months to wrap it all up.” Doing all that alone would be a full-time job. Verbeke: “We hold weekly meetings.”

To some extent, the collective has become a necessity.  The numbers of independent designers such as the Brut members have exploded in recent years.

That means it’s become increasingly difficult to stand out at fairs and exhibitions on your own. Organising all your sales solo isn’t much fun either. And if you decide to enter into partnerships with companies or design galleries, your negotiating position isn’t all that great. As a collective, Brut avoids these difficulties and creates their own authority and platform. “The designers’ individual freedom remains intact, though”, Tangelder states. “We aren’t a true business, so we needn’t agree on everything.”

"The design collective is part of the spirit of the times; what makes Brut such a force to be reckoned with is the unity of style”, Cédric Etienne explains. “Collaborating solely for the sake of collaboration doesn’t work”, says Tangelder. “The designers’ work must have a connection. That unity is more important to us than the participants themselves.” The women in that Turin taxi didn’t call just any designers to invite them to form a collective together. Storms, Vanderbeke and Etienne were the only ones contacted, as their work was in line with that of the others.

So, Brut’s greatest strength isn’t just the collective exhibitions, but also the fact that their work is so compatible.

For all members, artistic expression is the main motivator, not functionality; an anomaly in the world of design. Brut is firmly nestled in the ’Collectible Design’ niche, also known as ’Design Art’ or even ’Object Design’. Verbeke prefers to call it ’conceptual design’, while Tangelder is sticking with ’limited edition design’. Design Art skirts the line between art and functional objects. These are functional artworks, objects that can be used. Though it remains a niche, this field has expanded greatly in recent years. More and more, young designers are reluctant to work on the next in a long line of perfectly functional chairs for some major brand, preferring to put their own creative mark on objects that can be touched and even used.

The other binding factor between the members is that omnipresent darkness. “We all have a very Belgian feel”, says Verbeke. “Belgians tend to produce designs that are dark, restrained, even sombre. I think there’s a darkness reigning the streets of Belgium which is apparent from the outside.” However, darkness remains a broad concept. More specifically, he identifies three key communal elements: architectural, sculptural/material and emotional. For example, Bram Vanderbeke has designed a distinctly architectural, minimalist steel pyramid. As Destroyers/Builders, Linde Freya Tangelder also finds inspiration in architecture, but more in the seemingly banal details: vaults, connectors and bends in piping. Her pared-down morphology brings out the sensual properties of the (unyielding) materials. Cédric Etienne focuses on materiality. As Studio Corkinho he designs highly restrained shapes, allowing the cork material to speak. The work of Ben Storms, in contrast, is much more sculptural. His weighty objects express the gravity and brutal nature of marble and other types of stone. Nel Verbeke prefers to seek out objects’ immaterial functionality. She materialises melancholia, for example, through objects closely approaching art, such as a pitch-black wooden totem. Charlotte Jonckheer explores and amplifies the emotional link between the user and the object. The textures she incorporates in her dark rugs affect the experience of walking over them. More recently she designed coffee tables made of paper composite which employ emotive shadow effects when in use.

The members of the collective have as many similarities as they do differences.

Thanks to this, Brut exhibitions never feel created by a single hand. They are more like collections with a predefined theme. The first year, the designers presented previously designed objects; in the coming year each member will create objects to fit the collective. “We picked a specific theme for 2019”, says Verbeke. “That theme will determine the scenography. We make sure to guard the coherence.” “Both the theme and the works will respect the Brut concept”, he adds. Etienne: “The selected theme is the communal element.”

Order the catalogue of the Henry van de Velde Awards 19!

The catalogue of the Henry van de Velde Awards 19 presents all the winners. This bilingual (NL-EN) publication has 136 pages and was designed by Geoffrey Brusatto. You can order the catalogue (10 euro) in our webshop.

Visit the exhibition of the Henry van de Velde Awards 19 in BOZAR!

These are the Henry van de Velde Awards 23 winners! Vote now for your favourite and win a design prize! 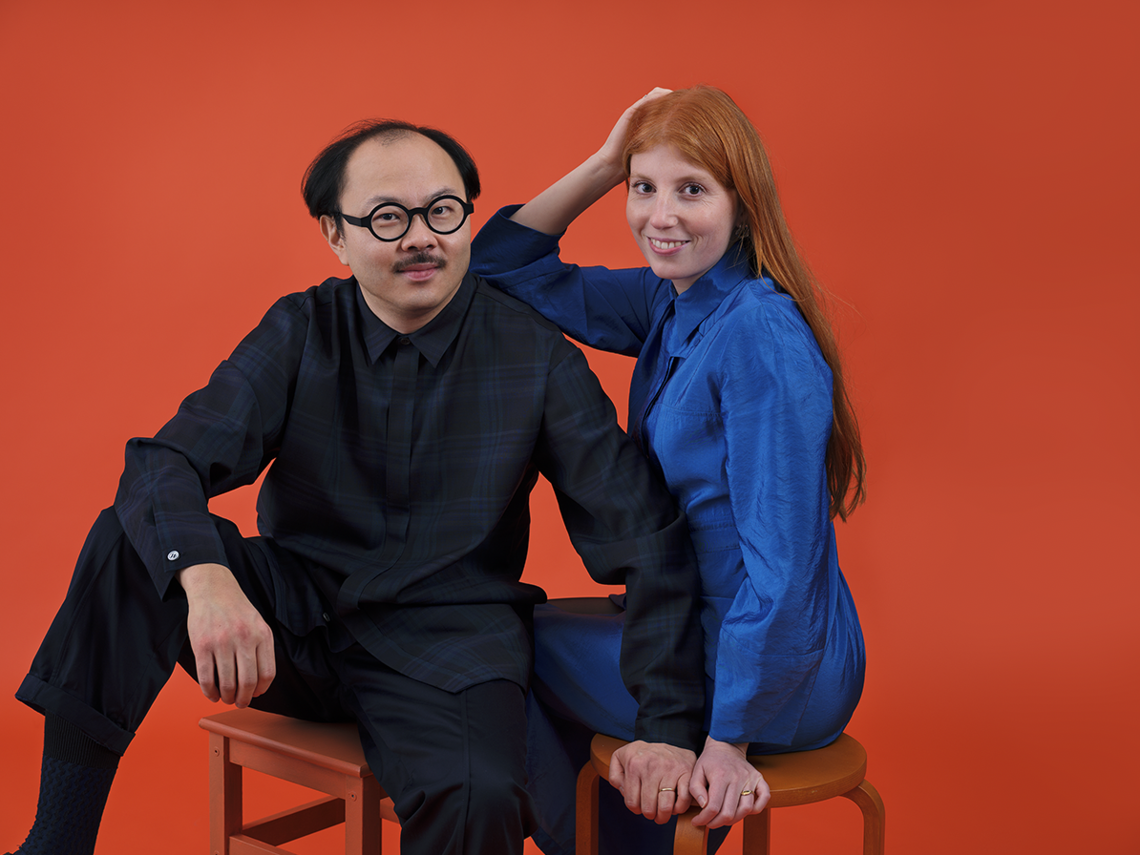 These are the Henry van de Velde Gold Award winners 2021! Here are the winners of the Henry van de Velde Gold Awards 2020!